New locks in the Albert canal in Flanders, Belgium 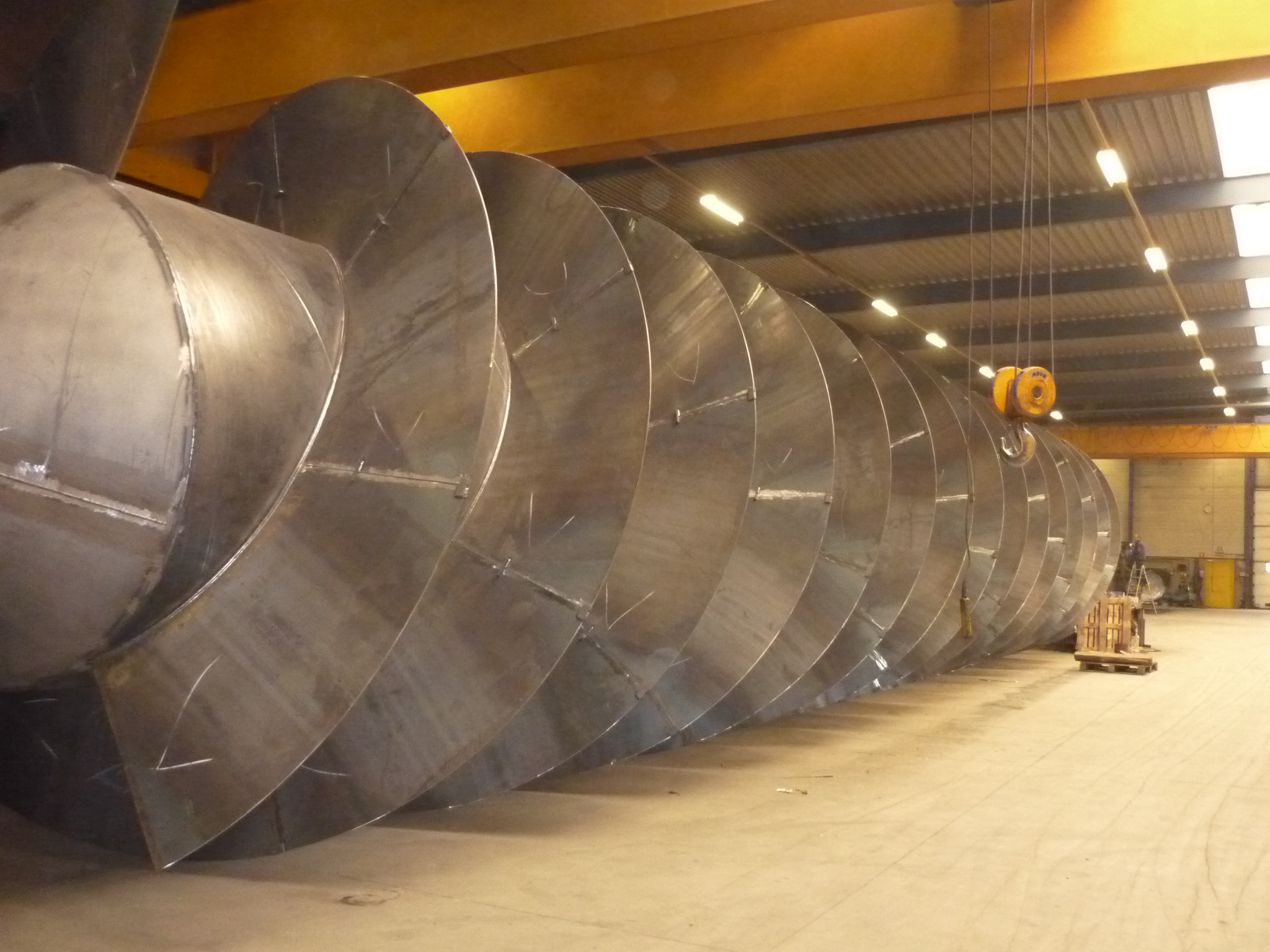 The Albert canal in the eastern part of Flanders connects the industrial zones around Liege with the harbour of Antwerp. Ships can continue their way at both ends of the canal: via the river Scheldt to the Netherlands and via the river Meuse to France. In the future, the Meuse basin, from which the Albert canal receives its water, is projected to experience more and longer periods of low river discharge, as a consequence of climate change. Thus, less water is expected to be available for sluicing ships. This would limit inland navigation. The solution to use less Meuse water for navigation are large (fish friendly) Archimedes screws at locks along the Albert canal. In the low discharges on the Meuse, the screws can pump water back to the upper canal to reach the water lost due to the passage of a ship through the lock. In the case of more than enough discharge at the Meuse, the screws are used as a bypass and to generate hydroelectricity. The combination of pump installation and hydropower station is unique in the world.